“We’ve Got to Set Our Stall Out”

Macclesfield Town manager Sol Campbell wants his side to be positive ahead of their opening game at Moss Rose. The Silkmen welcome Leyton Orient on Saturday and Campbell wants his side to open their home campaign with a victory. Speaking to mtfc.co.uk “our first home game, we’ve got to set our stall out, we’ve got to be positive and we’re nearly there. The lads are really positive from last week”.

Macclesfield fell to a 1-0 defeat to Exeter City on the opening day with Ryan Bowman striking with two minutes left. Despite the defeat newly named captain Fiacre Kelleher insists his side can take the positives from the game. Speaking to mtfc.co.uk “we created a lot of chances and up until the 80th minute I don’t think the caused us too much trouble. Our shape was good, we fought really well but it was those fine margins. We can be proud of ourselves and the way we played”. 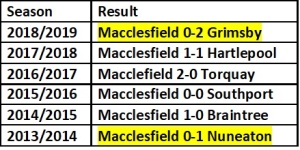 Campbell was proud of his sides performance at St James Park but highlights the damage of not being clinical in front of goal. Speaking to mtfc.co.uk “it happens when we don’t put our chances away, we had good possession and some great passages of play. But if you don’t convert your chances we had then it happens”.

The Silkmen survived on the final day last season and it has been a summer of change at Moss Rose with 12 in and 18 out. Only Ben Stephens and Fiacre Kelleher remained in the starting 11 from the end of last season. Stephens was disappointed his side fell to defeat but is raring to go and is ready for the visit of the O’s. Speaking to mtfc.co.uk “we have got very good lads, everyone works for each other and we all want to work hard. We believe we played well out there, although we lost, we go again Saturday. I can’t wait, I’m buzzing for it”. 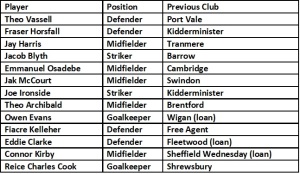 Saturday’s clash pits the last two Champions of the National League against each other and Campbell highlights the threat of the O’s. Speaking to mtfc.co.uk “there’re energetic, a couple of lively guys upfront. They’ve got a good round set up with good players. They have just come up and are buzzing from last season getting promoted”. But the former Spurs and Arsenal defender insists his side will be ready for the challenge “we need to set our stall out and do everything right, respect them in the right areas then we can start playing our game”.

The Silkmen didn’t pick up their first victory until October last season and Campbell is hoping for a win on home turf on Saturday. The 44 year old took over back in November and explains the importance of continually picking up points. Speaking to mtfc.co.uk “you have to pick up points wherever you are. You need to pick up points home and away, you have to be good all round. You can’t rely just on home form. You need to stall your stall out every game, in every inch of the pitch. I like my team to go for it”. 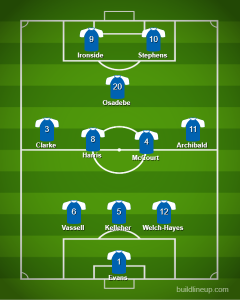